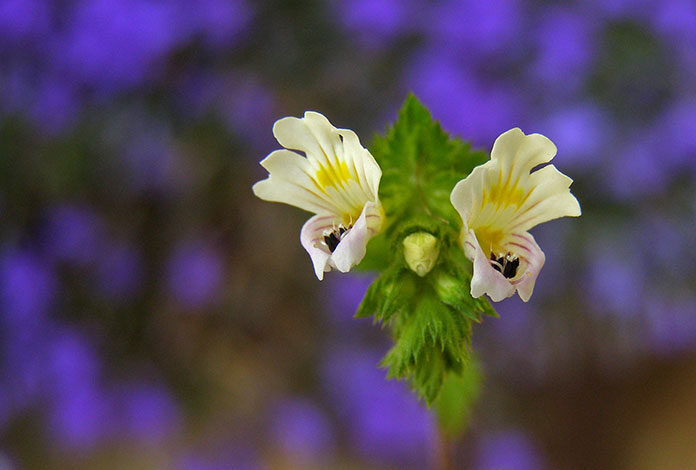 Several studies have been conducted over the years which indicate that the addition to a plant in your bedroom not only purified the indoor air, but they also improved several factors of those who were in the same room. Plants have been proven to increase moods as well as administer calming effects and even reduce both psychological and physiological stress. In addition, countless studies illustrated the improved health benefit from those who were situated in hospitals and, they reduced pain, fatigue and they encouraged more sleep. Our article features the 7 most common plants which can help to improve your sleep.

First is the English Ivy. This houseplant is seen as being quite perfect since it has been known keep the air indoor clean. And, it is well suited for the indoors since it grows well in not only low light, but low temperatures as well.

Second is the Chinese or Philippine Evergreens. This plant in particular is also known as that of aglaonema brevispathum, and, it is excellent for also removing pollutants which can be found indoors. A study also suggested that this plant reduced breathing problems in those who suffered before and during sleep.

Third is that of the snake plant. This plant is also known as the sansevieria trifasciata and research has indicated that it can thrive in both the outdoor and indoor environments. A group of Japanese researchers found that this plant had the ability to remove several hazardous chemicals which left the indoor space generally cleaner. As a result, those who came in contact found it easier to relax and rest well at nights.

Fourth is Peace Lily. These are also known by the variety name of Spathiphyllum, and, it not only made a wonderful addition to any bedroom but it also removed various toxins from the air. These plants have been known to thrive in shaded areas while releasing moisture into the atmosphere. Several studies have gone on to show that Peace Lilies also aid in helping individuals to recover faster from abdominal surgery and rest well.

Fifth on our list is Chrysanthemum. This plant has been given quite the recognition from NASA as a result of its ability to purify the atmosphere. In addition, it was also given much praise from researchers who also observed its purifying capabilities. Chrysanthemum works well in a bedroom environment since it can survive in low light conditions and it does a great job at relaxing its roommate very well.

Sixth is a neat plant known as Valerian. This plant has been said to be a shrub or a perennial herb, and its dried roots and rhizomes are widely used in supplements. A study conducted has indicated that when the scent of Valerian is inhaled, it helped some insomnia patients sleep. And, it also showed that individuals who inhaled the plants scent slept better and longer.